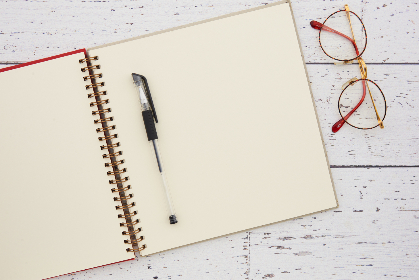 By 2014, China’s share of the international chemicals market is projected to rise to 29 percent. Strong growth in chemicals comes in big part from growth in client markets. China’s vehicle industry growth will balance 24 percent annually in between 2008 and 2012, even though 2011 growth was practically flat. Consumer electronics will grow 23 percent a year in between 2008 and 2015, and building will see 24 percent annual growth over the very same period. Chinese customers are driving the demand in the vehicle and building and construction sectors. In spite of a current economic slowdown, medium- and long-lasting growth forecasts are sound.

The crucial issue for chemical multinationals is that their fate depends on Chinese government policy at the national, provincial, and regional levels. Government impact in China is intricate and typically opaque. It begins with the Five-Year Plan, which includes commercial policy objectives, security and environment regulation, access to feedstock, rates, licensing, and authorizations. The mindsets, beliefs, and pressures of the additional levels of government can also be challenging to evaluate. Chemical multinationals will benefit by putting more effort into understanding and communicating with all stakeholders and considering how government actions might evolve, with matching situation plans at the ready.

A new phase, beginning in 2012, is likely to be more challenging for multinationals, with capital expense possibly much riskier. While growth forecasts stay high, we expect the government to step in more actively to update and reconfigure the structure of competitors. The government is looking for to increase the regional worth included the chemical industry by getting more access to specialty and fine chemicals and improved chemical production procedures. In many sections, this has actually increased competitors.

A lot of executives we talked with are confident about future demand. Nearly all surveyed say their return on capital investment enhanced in 2010 and they anticipate further improvement in 2011. They believe that doing business in China will become easier as intellectual property (IP) defense enhances and, notably, as their understanding of local government develops in parallel.

As China’s market grows, more leading multinationals are increasing their exposure to the marketplace as they invest in local Chinese production facilities. Some smaller gamers have actually invested a lot in China that the market is now among their core organizations– if not their core organization. In tandem with foreign multinationals’ increasing investment has actually been the rise of chemical SOEs– the leading SOEs have increased their investment spending plans and have grown remarkably considering that 2008. Overall, chemical revenues in China grew 24 percent year over year between 2005 and 2010.

Chemicals are basic to practically any economy. In the late 19th and early 20th century, for instance, previously agrarian and recently combined Germany developed its chemical industry to move past the economy of the UK, where the Industrial Revolution initially took hold. Today in China, the chemical and petrochemical markets are important to lots of quickly growing industrial sectors, consisting of durable goods, automotive, and building and construction. As a result, the chemical industry has high top priority within the Chinese government.

Opportunities in China stay remarkable, however this brand-new period for the chemical industry is far more complicated than in the past. Multinationals that are better notified and much better gotten in touch with government firms and develop more assistance for their presence in China will have a greater possibility of counterweighing SOEs’ political benefits. Assimilating into the Chinese economy– and being viewed as doing so by measuring and interacting the advantages they use– is a tactical crucial.

The chemical industry in China reached a turning point in 2008 when outgoing investment from China, equating to 36 percent of the worldwide industry’s overall foreign direct investment (FDI), became substantial for the first time. In 2009, when Western economies were reeling, China’s outbound investment dropped rather in absolute terms from $53 billion to $44 billion, however grew fairly to 56 percent. The boost will continue, reaching $137 billion in 2015. Incoming FDI in chemicals will plateau in the $160 billion to $200 billion range through 2015, as China’s gross domestic product slows.

China’s growth and past capital expense imply that China represents a greater percentage of overall revenues for chemical multinationals. Between 7.5 and half of the overall sales for the top 15 multinationals in China come from China, and smaller sized firms have typically invested much more aggressively. Chinese business are also growing stronger and making significant capital investments locally and worldwide. SOEs Sinopec, PetroChina, CNOOC, ChemChina, and Sinochem all saw year-over-year earnings boosts of more than 30 percent in 2010. Because of government assistance, these SOEs have practically limitless budget plans to pursue their methods and global growth and to increase their competencies. Multinationals’ competitive position is growing more difficult, not simply in China, however possibly internationally.

China’s chemical industry has grown considerably in the past 30 years, in line with the country’s general growth and the fundamentals of key consumer markets. China will quickly represent one-third of the worldwide chemicals need (see figure 1). CAS# 96702-03-3 remains positive for foreign chemical business in China, as the nation continues to depend upon foreign producers for many chemicals, particularly advanced specialty chemicals, in spite of the government’s self-sufficiency objectives.